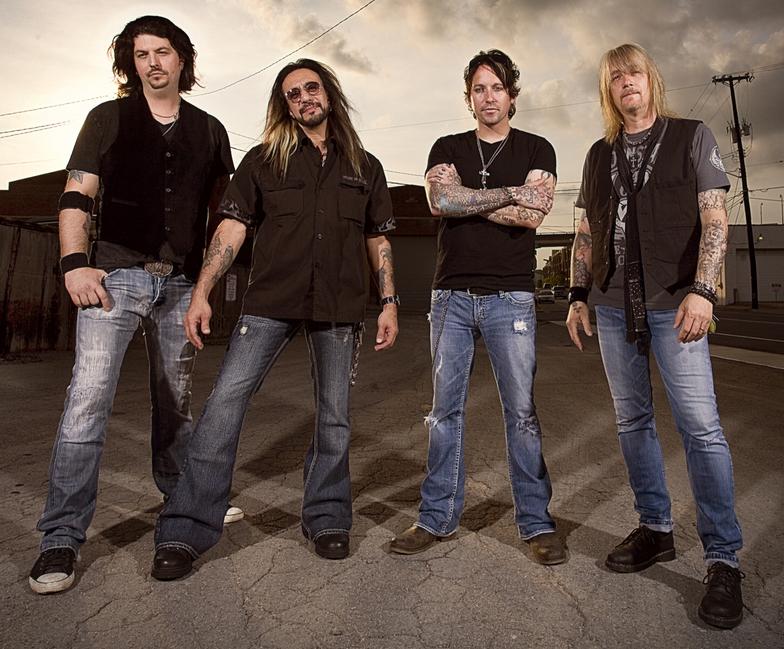 Cinderella band members Eric Brittingham and Jeff LaBar join Brandon Gibbs (formerly of the Gibbs Brothers) in creating a new band titled “CHEAP THRILL”.  The band is on tour all Summer long and coming to a town near you!  Click here for Tour Dates.

CHEAP THRILL brings you a sound flavored with Cinderella tunes such as “Nobody’s Fool, Heart Break Station, and “Hello or Goodbye” from Jeff LaBar’s soon to be released CD, along with the newest song from Brandon’s solo record, “This Town”, which is currently featured on ESPN 2 for the NHRA season. This show is littered with popular covers and stadium rock songs.

When Cinderella isn’t touring, Gibbs and Brittingham have always found themselves working together off and on over the last 5 years. With the recent addition of Jeff LaBar, the Nashville based group CHEAP THRILL made their debut on the Monsters of Rock Cruise in March of 2013, with two more rock and roll cruises immediately following. Brittingham and LaBar both of Cinderella, a band that emerged in the mid 80’s and sold over 15 million albums are pumped about “CHEAP THRILL” and the opportunity to work together again and alongside Gibbs. “Being able to transition from a 3 piece acoustic show to a full band keeps the project fun and versatile” says Brittingham. “It’s all about the music” says Gibbs, “we have fine tuned a product that will appeal to audiences of all ages.”