The universe inside ourselves is more vast than the one we look at around us… I’m not this way because I do this, I do this because I am this way…

I played my 1st show at 11… When I saved enough money to buy a 4 track recorder, I used to go around pounding on different things to create a series of noises. Then I would try and combine them to make some kind of weird noise symphony. I didn’t know it at the time, but it would eventually help me hone my producing and writing skills…speaking of symphony… my father, who lovesclassical music, would trade me time listening to different things. He would play me a half hour ofSibelius, and I would play him a half hour of AC/DC. I would usually fall asleep about half way through his set, but that was huge in my progression as a songwriter.

My brother Jeff was my 1st main influence. He played bass in a rock band and his guitar player Doug Covin, was my 2nd major influence. I used to sit on the steps at Tony Hall’s house and watch them practice for hours. That was really pretty cool of them to let a little punk hang around and watch.

I’ve been fortunate to have made my living and cut my teeth as a guitar player for most of my life. Now that I am a singer, I still carry a guitar players philosophy… the fans are always 1st.

Music has enabled me to see some great places and meet a plethora of unique and exciting people.

I hope you like what I do… and if you don’t, that’s okay too… I just hope after you’ve seen or heardme, I’ve moved you in some way. 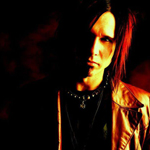 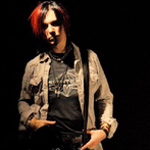 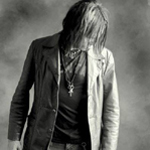 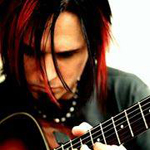