This phenomenal super group promises an energetic, entertaining show with some of their multi-platinum hits blended with new, original material. This powerhouse will draw new fans, along with the existing loyal fans of their combined projects, to love their electrifying performance and songs.

” I think people are really ready for just some pure fun rock” says Rikki Rockett. “We’re just here to rock” and they want the fans to do nothing but enjoy it! A finely tuned, guitar driven sound that also has a groove rock feel to it. Expect the unexpected!

Right out of the gate, Devil City Angels released the rocking, upbeat song “All My People”. This song title says it all  about the band and their feelings towards the fans that made them who they are today.

Rikki Rockett (Drummer) – best known as founding member and drummer of Poison for almost 30 years, selling over 20 million records. In 2007, Rikki created the company Rockett Drum Works because, as a drummer himself, he understood how a beneficial a custom kit would be to other artists. Since then, the company has taken off to be a thriving business endorsing some of the best drummers in the music industry.

Eric Brittingham (Bassist) – the versatile & stylistic bass player who brings the bass to life. Eric is best known as an original member of the multi platinum band Cinderella. Eric’s other projects include Naked Beggars and Lost Angels. Eric and Brandon Gibbs formed Cheap Thrill in early 2013, and he has been touring with him ever since.

Tracii Guns (Lead Guitarist) – most notably credited as founding member and lead guitarist for L.A. Guns, as well as the following: Hall of Famers, all star band Contraband and Brides of Destruction. Throughout his career, he has sold over 7 million records.

Brandon Gibbs (Lead Vocals/Guitar) – the powerhouse voice, songwriter and guitar player who started his career at the age of 14, with his twin brother in a band called Gibbs Brothers. During his tenure with Gibbs Brothers, a friendship formed with Rikki Rockett leading to Rockett to producing the bands CD. (Brothers N Arms) Brandon was content to be the blues/rock guitar player, who captivated the audience with his mesmerizing, beyond his years guitar playing. In late 2010, Brandon took his guitar on the road for a one-man acoustic show, where he connected with the voice he had never unleashed. He began recording songs and by August, 2012, his song “This Town”, was on ESPN2 and NHRA season. Brandon teamed up with Cinderella bassist, Eric Brittingham, and started touring as an acoustic duo. They later added guitarist Jeff LaBar (Cinderella) and drums to create Cheap Thrill, which toured for almost 2 years, and appeared on the Monsters of Rock, Cruise to the Edge and Moody Blues Cruises in 2013 & 2014. He has stunned audiences with his tireless performance and unique stage presence. Brandon is the front man that people are going to want to see again and again.

Booking email:  bookingdevilcityangels@gmail.com or you can download and fill out the Devil City Angels Offer Form HERE. 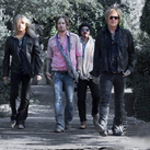 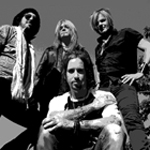 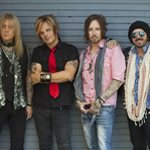 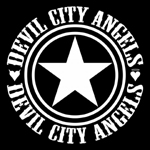 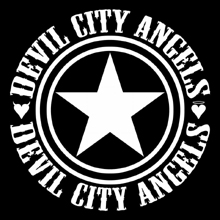