With a sound coined as “Zeppelin meets Kravitz”, MACH22 is a rising star from Philly’s vibrant music scene. The band’s soulful vocals and raw driving rhythms are reinforced by an impressive level of musicianship and showmanship reminiscent of vintage Rock N’ Roll.

MACH22’s present incarnation was forged by vocalist Lamont Caldwell by his passion for playing the Blues-based Hard Rock of the 60’s, 70’s and 80’s. The band was later rounded out with guitarists Sebastian LaBar, Jaron Gulino, Ted Merrill, and drummer Damian MonteCarlo.

MACH22’s most recent accomplishment was being chosen by Rock legend Slash to open his show in Atlantic City on the tour for his new album Apocalyptic Love. Slash then picked MACH22 as the Grand Prize winner of his Onstage with Slash contest sponsored by Guitar Center, where they competed with more than 3,000 bands from across the U.S. 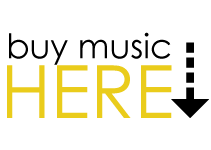