Will Doughty‘s musical talent and influence come from his father who was a high school choral teacher. Growing up in a suburb of Baltimore, Maryland, Doughty was involved in many drama productions and participated in All County, All State and All Eastern Chorus. As a sophomore in high school, Will was granted early acceptance into the Governor Thomas Johnson School of the Performing Arts and was selected to be in the honors program. Also during his high school years, Will formed an a capella group called The Keytones. They performed regularly for the Baltimore Orioles minor league affiliate. They gained popularity and began performing on television, local and national radio and were invited to sing at club level at every Orioles home game, including the 1994 All-Star game.

At a young age, Will made the decision to leave everyone behind and pack up everything he owned to move to Nashville. He was able to begin working immediately from contacts that he had made in Maryland by performing locally. For over a year he played with local and regional touring acts. He was invited to tour on the road with Billy Currington. Not long after working for Billy, Will began touring for the Honky Tonk Tailgate Party, which included Daryle Singletary, Rhett Atkins, Chad Brock and David Kersh. In 2005, Will toured with Julie Roberts and performed with her on the Academy of Country Music New Faces Show in Las Vegas, Nevada.

Soon after relocating to Nashville, Will met Darran Smith, Tim McGraw’s band leader and co-producer. After spending time with Darran, Will was invited to record a demo with the Dance Hall Doctors and has had the opportunity to write with top songwriters in Nashville as well as many major recording artists.

In February of 2007, Rikki Rockett from the band Poison saw him perform at The Stage, a venue in Nashville. Will was asked to join Poison on their 2007 tour as a keyboardist and background vocalist. 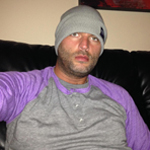 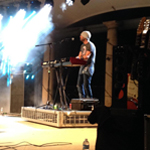 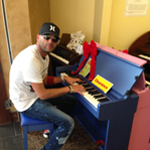 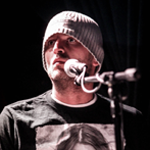