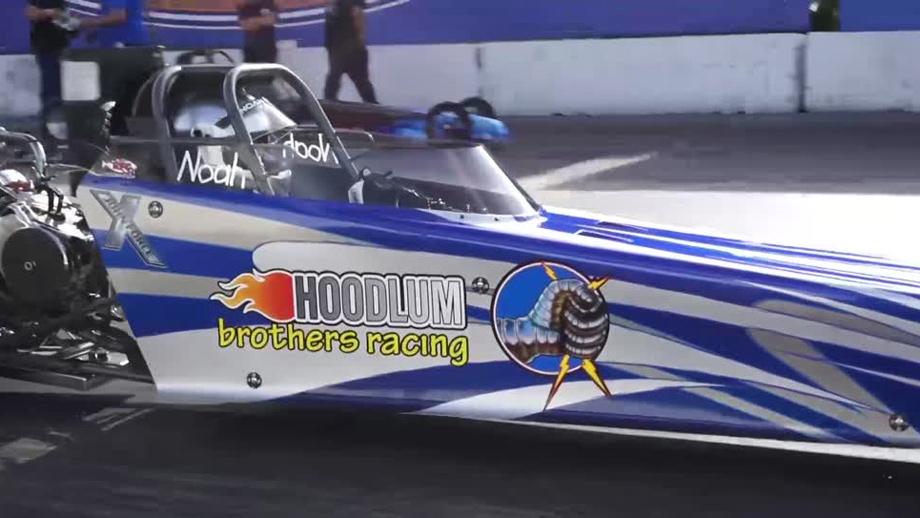 The next generation of John Force Racing is already making its presence known in the Summit
Racing Equipment NHRA Jr. Drag Racing League. 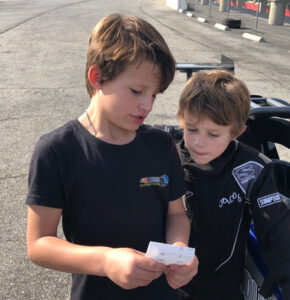 Eight-year-old Jacob and 6-year-old Noah partner up as Hoodlum Brothers Racing (a play on their last name). Jacob, who got his car as a Christmas present two years ago, ran an entire season in 2019 and a partial campaign in 2018 while Noah is competing in his first season. Autumn, 15, is the veteran of the trio, having competed in Jr. Dragsters for a number of seasons and runs in one of the fastest classes. 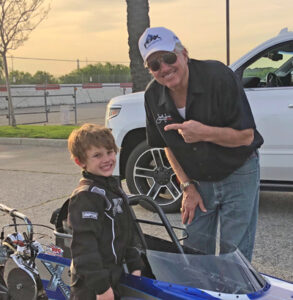 The Force team had a major turnout to support the boys, including grandparents 16-time NHRA champ John Force and Laurie, Hight, and aunts Brittany and Adria; Adria is also Autumn’s mother and was there to cheer on her daughter.

“It was great to be out there to see all of the friends we’ve made in Jr racing,” said Ashley. “We all pit together and the kids half a blast. Half the fun for them is back in the pits, riding their Razor scooters around our pit.

Having a star like John Force at the races might be intimidating, but unlike his hands-on approach to guiding daughters Ashley, Brittany, and Courtney, he’s trying to remain an interested spectator and supporter.

“He’s very not John Force about it,” said Ashley. “At the big NHRA races we all know he’s crazy and involved in everybody’s business, but with the kids, he doesn’t want to over-step boundaries and think he’s getting in Dan’s way. He’s trying to let them have their thing. I also think he’s a bit nervous because he doesn’t know Jr. cars and doesn’t want to give the wrong advice.

With his dad as his crew chief, Noah scored his first round-win in his debut in the car at Irwindale after running just one previous test session. Brother Jacob, meanwhile, suffered a tough first-round loss.

“It’s been an interesting experience for us all,” she added. “Noah had never even talked about driving until last fall when out of the blue started telling everyone he was going to get a racecar and become a driver. He just suddenly decided that was what was going to happen and he’s super into it which really surprises me. He’s always just so super excited every time he gets in the car. Jacob is more like Dan; I feel like if he stays in drag racing it will be to work on the cars not necessarily to drive them. He’s very thoughtful about things and not very extroverted like a lot of drivers need to be. Of the two, Noah is more like my dad with that outgoing, crazy personality while Jacob is into the technical side of it, so, who knows, maybe Jacob will end up being Noah’s crew chief.”